Help us to trust You,

Even when You ask us to do difficult things.

Help us to do the right thing,

Not the easy thing,

Trusting that You see everything we do.

I Will Trust You | HLA Wilderness Escape VBS | Group Publishing

Enjoy the music...sing and dance along to the I Will Trust You music video from Holy Land Adventures Wilderness Escape VBS!

Enjoy the music...sing and dance along to the I'm Trusting You music video from Roar VBS!

Trust In You (Lyric Video)

Trust in You by Lauren Daigle

Sometimes We Have To Be Brave, Putting Our Trust In Others 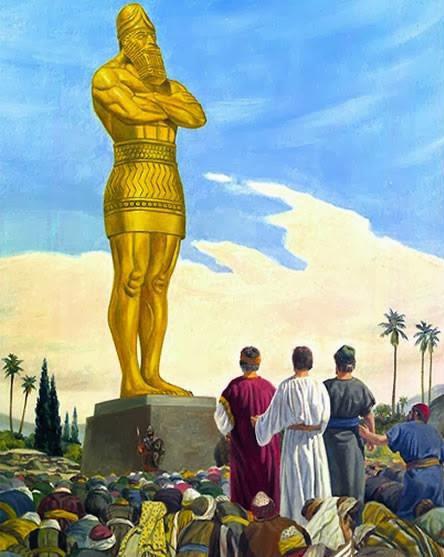 There were once three friends with very unusual names: Shadrach, Meschach and Abednego. They lived far away from their real home. They lived in the land of Babylon long before Jesus was born. And the king of Babylon was called Nebuchadnezzar. Now Nebuchadnezzar ordered a huge golden statue to be built and set up where everyone could see it. He ordered that every time the musicians played, everyone in Babylon had to fall down and worship the statue. If they didn't they would be thrown into a fiery furnace.
So every time the instruments played, everyone fell down and worshipped the golden statue. Everyone that is, except the three friends, Shadrach, Meschach and Abednego. They stayed standing up, even when everyone around them was flat on the ground, because they worshipped God.
Well, the astrologers came to the king and told him that the three friends weren't obeying him. And the king was furious! He sent for the three friends.
He shouted at them. 'You've got one last chance! Fall down and worship my statue or you will be thrown into the fiery furnace! Then what god will rescue you?'
Shadrach, Meschach and Abednego replied calmly, 'O Nebuchadnezzar, we trust God. If you throw us into the fiery furnace, we trust he can rescue us from it and from you. But even if he doesn't, we want you to know that we will not serve your gods or worship your statue.'
Then Nebuchadnezzar went purple with rage. He ordered the furnace to be heated seven times hotter than usual, then he ordered the strongest soldiers in his army to tie up the three friends and throw them into the furnace, fully clothed. The furnace was so hot that the soldiers were killed by the flames. And the three friends fell into the furnace.
BUT then the king leapt to his feet in amazement. He asked his astrologers, 'Didn't we throw three men into the furnace? Look! I can see four men walking around in the fire! They're not tied up and they're not hurt and the fourth one looks like a son of the gods!' He called the three friends out of the furnace, and they weren't even singed. They didn't even smell of smoke.
And Nebuchadnezzar was so flabbergasted that he shouted, 'Praise to the God of Shadrach, Meschach and Abednego, who sent his angel to rescue his servants. They trusted in him and refused to obey me and were ready to give up their lives rather than worship any other god. So now I decree that everyone should worship this God!' And he gave Shadrach, Meschach and Abednego special jobs to do ruling the country.

At the start of a new school year, we need to be brave, putting our trust in the people around us can be scary; but putting our faith in new people, knowing that they will do the best for us, can be exciting too.

Do We Always Trust the Right People?

Sometimes, people come into our lives who we think we can trust, but that trsut can be misplaces as the person may not have our best interests at heart:

The Jungle Book - Trust in Me

Kaa singing "Trust in Me" from the Disney movie: THE JUNGLE BOOK

The Temptation of Christ

In the Gospels of Matthew, Mark and Luke - following his baptism by John the Baptist - Jesus fasted for 40 days and nights in the desert.  During this time, Satan appeared to Jesus and tried to tempt him three times.  Satan used the idea of satisying his hungry body (hedonism) to tempt Jesus, promises of great strength and power (egoism) and further promises of kingdoms and wealth (materialism) - these temptations all failed as Jesus knew not to trust Satan. Instead, Christians are encouraged to seek out faith, hope and love as these three things relate to God: truth, beauty and goodness. Whatever our backgrounds at All Saints, we seek out these things by Loving All Our Neighbours. 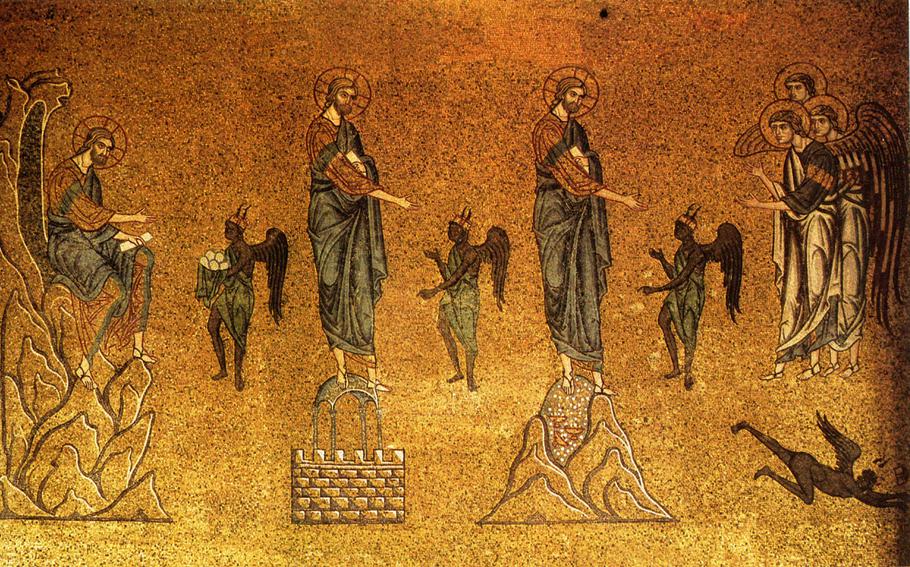 Nobody believes a liar, even when he is telling the truth. Written by Matt Barry. Illustrated by Andy Barry.