Dear God,
We thank you for all of the world's wonderful things.
Help us always to remember that, in the end, these things are gifts and without you we would have nothing.
Amen

Are we thankful - or are we greedy?

Sometimes we are not as thankful as we can be; sometimes we can be the opposite: ungrateful. And, sometimes, we actively work to take things for ourselves, to be greedy.  Here is a story of when Jesus met a tax-collector - a sinner in the Holy Land at that time.  Instead of turning his back on him, Jesus helped the man see the error of his ways and he made amends.  Who have we helped recently to see their mistakes and to become better people?  Who can we help today to see the world differently and to become thankful for what they have? 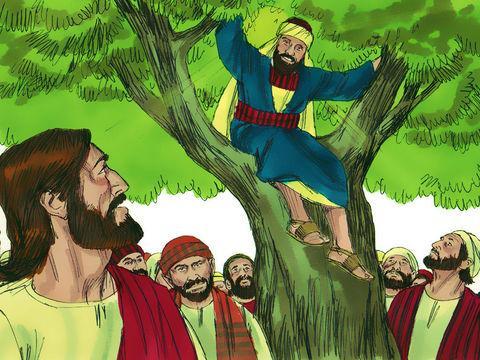 19 Jesus entered Jericho and was passing through. 2 A man was there by the name of Zacchaeus; he was a chief tax collector and was wealthy.3 He wanted to see who Jesus was, but because he was short he could not see over the crowd. 4 So he ran ahead and climbed a sycamore-figtree to see him, since Jesus was coming that way.

5 When Jesus reached the spot, he looked up and said to him, “Zacchaeus, come down immediately. I must stay at your house today.”6 So he came down at once and welcomed him gladly.

7 All the people saw this and began to mutter, “He has gone to be the guest of a sinner.”

8 But Zacchaeus stood up and said to the Lord, “Look, Lord! Here and now I give half of my possessions to the poor, and if I have cheated anybody out of anything, I will pay back four times the amount.”

9 Jesus said to him, “Today salvation has come to this house, because this man, too, is a son of Abraham. 10 For the Son of Man came to seek and to save the lost.”

This channel is a non-profit channel and all the videos uploaded are strictly for teaching and ministry purposes only. No copyright infringement intended.

How a Positive Mindset Can Make All the Difference

St Paul’s Cathedral was a marvel of its time, designed by Sir Christopher Wren in the seventeenth century to replace the original cathedral which burnt down in the Great Fire of London.

The noted English architect Sir Christopher Wren was supervising the construction of the magnificent new cathedral in the City of London. The line-drawing shows the building works at the time.  A journalist thought it would be interesting to interview some of the workers, so he chose three and asked them this question, ‘What are you doing?’ 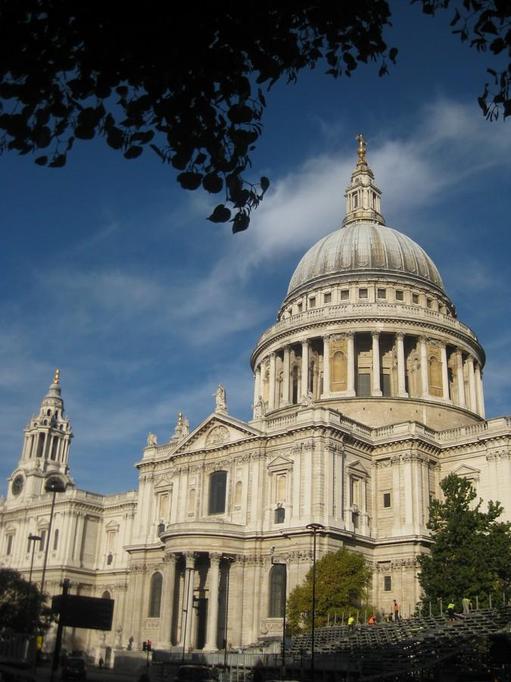 The first sighed, ‘I'm cutting stone for 10 shillings a day.’

What was different about the third worker? He had a much more positive attitude about his role; he was thankful to be involved in the wonderful project. Our attitude can change everything about the same job.  We can choose to view something as a toil and trouble or we can choose to be thankful for the part we are being asked to play.

The Hawks and Their Friends An Indian Folktale from Jakata 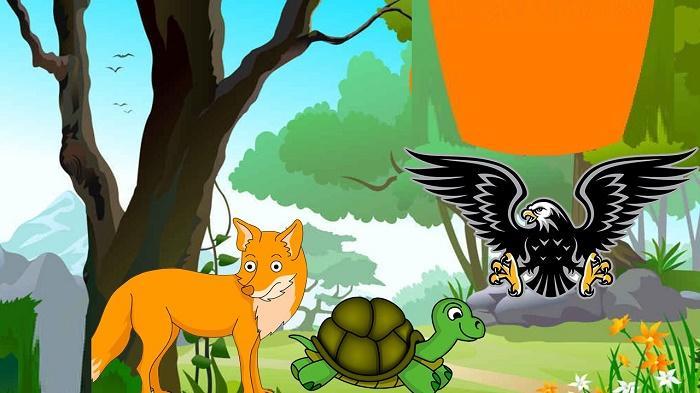 A long time ago, there lived a family of hawks in a thick forest near a lake. The family included Mother Hawk, Father Hawk and Baby Hawks.

One fine day, Mother Hawk asked Father Hawk, “My dear, how many friends do you have near here?” Father Hawk replied, “None so far!” The Female Hawk said, “ You must find some new friends so that we at least have someone to help us, if ever we are in trouble or in danger”. Father Hawk agreed with the Mother Hawk and asked, “With whom shall I make friends?” Mother Hawk suggested, “You can make friends with the kingfisher, the lion and the turtle, who live just near our lake.”

Father Hawk set out to meet the lion, the kingfisher and the turtle one by one, and made friends with them. All of them soon became fast friends and were leading their lives happily.

Suddenly one day, some men came to the forest for hunting. They hunted in the forest from morning till night, but found nothing. They were so tired that they decided to spend the night near the lake and lay down to sleep under the tree on which the hawk family lived. However, the hunters could not sleep because they were being disturbed by the flies and the mosquitoes.

They finally got up in the middle of the night and lit a fire to drive the flies and mosquitoes away. The Baby Hawks got frightened on seeing smoke and fire and started crying out loud. When the hunters heard the cry of the young birds, they made up their minds to catch the young ones in the morning and eat their meat for breakfast.

The hawks overheard the conversation of the hunters. Mother Hawk got frightened and asked her husband to go and get some help from their friends. Father-Hawk flew speedily to the kingfisher’s nest and woke him up. He narrated the whole incident to him and requested him to come and help them out. The kingfisher also flew to the hawk’s nest and saw the hunters making fire with leaves and small woods.

Looking at the condition of the kingfisher, Mother Hawk asked Father Hawk to call the turtle for help. The turtle readily agreed to help his friend. He dived deep into the water, collected some mud from the bottom of the lake and put out the fire with it. On seeing the turtle, the hunters changed their mind and said, “Why to bother for the young hawks? Let us kill this turtle and consume its delicious meat for breakfast.” But as they had nothing to catch the turtle, they tore off their clothes and made a big bag out of them. But the turtle was much cleverer than the hunters. When he saw them making a bag to catch him, he quickly jumped back into the lake. The hunters were so impatient to catch the turtle that they also jumped into the water. They, however, failed to find the turtle who was hiding deep in the water and had to come out empty handed. They were now very tired and drenched in water, without any clothes. They said, “No matter what happens now, we will eat the young hawks at sunrise. If any animal tries to foil our plan, we will kill it.”

Father Hawk now rushed to the lion and begged for his help. The lion said, “Don’t worry, my friend! I will be there in a moment.”

Soon, the lion came roaring at the place. When the hunters heard the loud roar of the lion, they ran away from the scene as fast as they could run. When the lion reached the tree, there was no sign of the hunters. At that time, the kingfisher and the turtle also came on the scene. The hawks thanked their friends from the bottom of their hearts.

Moral: Friends in need are friends indeed - being thankful for our friends is very important indeed.

Once there were ten lepers. Nine of them were Jews and one was a Samaritan.

In those days, there was no cure for leprosy. It was a terrible disease that caused people's fingers and toes to rub away. It was such a frightening disease that anyone who had the slightest trace of a skin infection had to report to be checked and, if it was confirmed that it was leprosy, then that person immediately had to cut him- or herself off from home and family, never to return. Groups of lepers therefore lived together and survived by begging.

One day, this particular group of lepers heard that Jesus was coming. They weren't allowed to get too close, of course, so they shouted out, ‘Jesus, Master, have pity on us!’ Jesus heard them and told them that they should go and report their illness.

As they were going back, they suddenly found that they no longer had leprosy. One of them – the Samaritan – came back to Jesus. He shouted his thanks to God in a loud voice and then threw himself at Jesus' feet and said, 'Thank you' to Jesus for healing him.

This story is about the 10 men who were healed of leprosy, an incurable disease 2000 years ago, and the one who came back to say thank you.

MOTIONS (We Thank You)

This video is designed to help you learn the hand motions to this song.

What a Wonderful World + lyrics

Playing for change - What a wonderful world + lyrics

Musicians Nimo Patel and Daniel Nahmod brought together dozens of people from around the world to create this beautiful, heart-opening melody. Inspired by the 21-Day Gratitude Challenge, the song is a celebration of our spirit and all that is a blessing in life.

Thank you Lord for this new day

Give Thanks ( With A Grateful Heart )

EPHESIANS 5:19-20 ~ "Speaking to one another in psalms and hymns and spiritual songs, singing and making melody in your heart to the Lord, giving thanks always for all things to God the Father in the name of our Lord Jesus Christ."